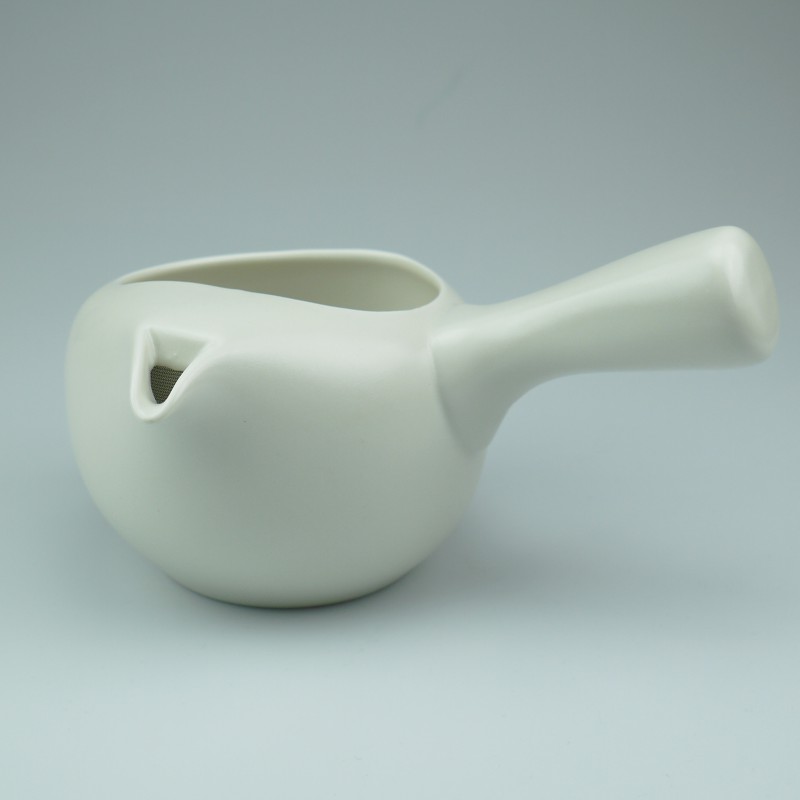 made in Japan
ceramic
color: white
content 0.45 liters
with sieve

made in Japan
ceramic
color: white
content 0.45 liters
with sieve

Open one-handed jug with integrated filter. Without a pattern, simple and elegant, this one is convincing. Japanese teapots not only because of their appearance, but also because of their properties.

Japanese ceramic teapots have a very long tradition of craftsmanship and are mainly characterized by their shape. In addition, the sieves used (integrated or removable) ensure that the tea leaves of green tea unfold optimally during brewing.

Please note that most of our teapots from Japan are mainly suitable for green tea and less suitable for other types of tea. In addition, all the water must be poured out when pouring, so that a second infusion is successful and the green tea does not steep for too long and becomes bitter.

A tip when pouring in several cups: first quickly pour a little tea into each cup, repeat in reverse order, several times if necessary. This guarantees that the tea tastes the same in all cups when there are several guests.

When preparing, make sure that no boiling hot water is used, unless explicitly stated on the packaging. Most green teas cannot tolerate boiling water as this destroys the leaves and prevents the flavor from developing. If you don't have a cooler, it doesn't matter: let the tea rest in the kettle or kettle before pouring it.

By the way, in Japan they don't just use the one-handed jugs called kyusu in this country. In addition to cast iron teapots, there are also models with a round handle at the back and models with a bamboo handle.