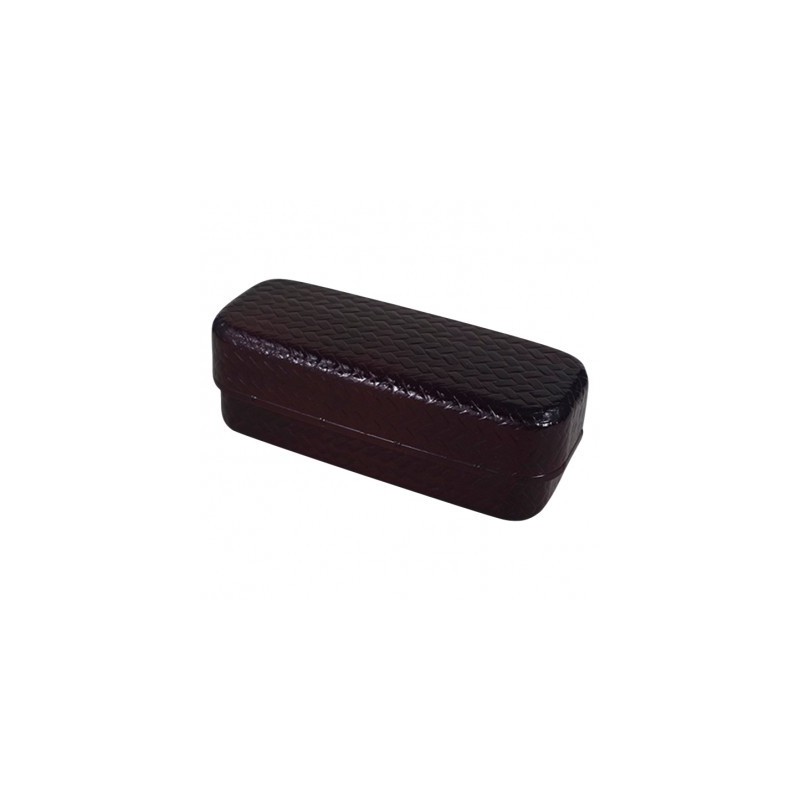 Narrow Bento box with a reddish brown grid pattern, also with a plastic lid on the inside.

Narrow Bento box with a reddish brown grid pattern, also with a plastic lid on the inside.