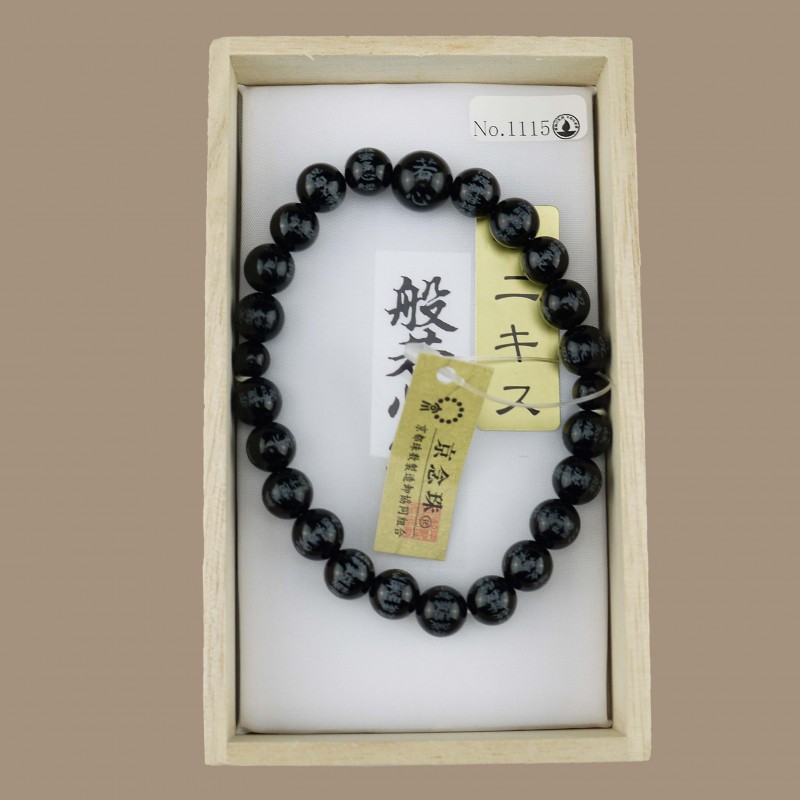 A beautiful sandalwood bracelet made in Japan, with engraving of the Heart Sutra, one of the most revered Buddhist texts in the world.

A Buddhist rosary, mala, japa or japamala, is called a juzu or nenju in Japanese. A mala or Juzu usually consists of 108 beads or can be worn in a bracelet variant. The bracelet variant is also called nenju, wanju or udewa nenju. The 108 beads of the rosary represent the number of earthly desires and each bead represents one of the 108 Buddhas who watch over all earthly desires. Smaller variants usually have a part of the number 108: 54 (half), 36 beads (one third) or 27 (one quarter). Common numbers for the bracelet variants are between 18 and 26 beads. The prayer cords are used, among other things, to not lose count when reciting or chanting. 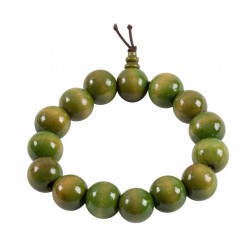 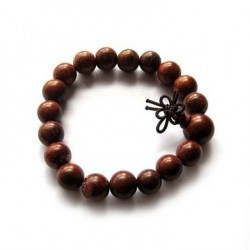