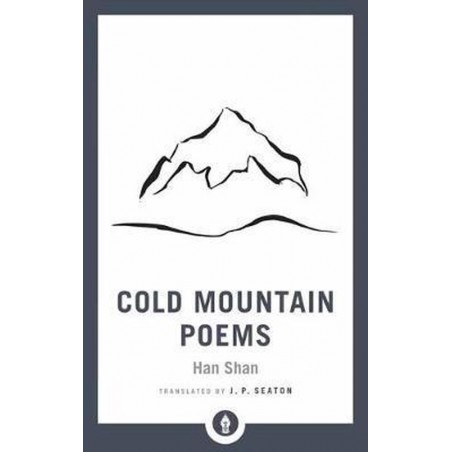 Popularized in the West by Beat Generation writers Gary Snyder and Jack Kerouac, T'ang-era rebel poet Han Shan is an icon of Chinese poetry and Zen. He and his sidekick, Shih Te, are known as the laughing, ragged pair who left their poetry on stones, trees, farmhouses, and monastery walls, calling others to "the Cold Mountain way" of simple, honest, joyful living.

J. P. Seaton takes a fresh look at these "laughing madmen" as well as at Wang Fan-chih, who followed in the outsider tradition a few centuries later. Forceful and wry, all three capture the poverty and gritty day-to-day reality of the common people along with condemning the excesses of mind and matter that prevent people from attaining true enlightenment. With a comprehensive introduction and commentary throughout, this collection points to where, in a world that's always moving and so full of suffering, stillness and clarity can be found.

Shambhala Publications
9781611806984
Hi! Click one of our agents below and we will get back to you as soon as possible.
Remko
Chat